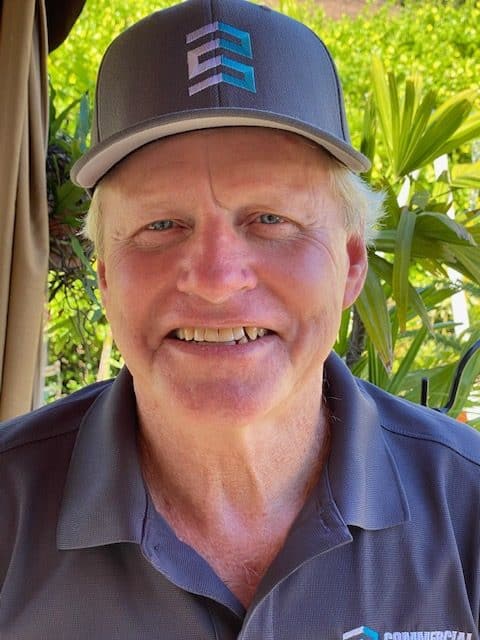 (Honolulu, HI) – Commercial Roofing & Waterproofing Hawaii, Inc. recently hired David Pavlicek as the Director of its service and repairs division. Pavlicek brings over 46 years of roofing knowledge to Commercial Roofing, with expertise in every aspect of the industry. Prior to joining the Company, he was self-employed as an independent material representative for several roofing manufacturers, including Sarnafil, Soprema, Atlas, Pacific Allied, Royal Adhesives and Carlisle Residential.

During the first 20 years of his career, Pavlicek worked in Chicago for multiple top 10 national roofing contractors, supervising crews of up to 100 men. After relocating to Hawaii in 1992, he worked for a local roofing company and spent some time at Commercial Roofing during 2003 and 2004. He transitioned into distribution when he took on a leadership role as the Vice President and General Manager for RSI Roofing Supply. After RSI was bought out by Allied Build Products, Pavlicek assumed responsibility for the company statewide. He remained in this role until opening his own company, Innovative Resources, in 2009. He operated his business successfully for over 10 years, building an excellent reputation while representing several national roofing material manufacturers in Hawaii.

In his new role with Commercial Roofing, David will be leading all sales and operational aspects of the Company’s service and repairs division and will provide additional support to the Company’s estimating and operations divisions. He enjoys spending time with his family and friends, riding his motorcycle with friends, and being in the outdoors.

Commercial Roofing & Waterproofing Hawaii, Inc. is one of the largest full-service roofing and waterproofing contractors in the State. Servicing all islands for over 25 years, they cover the full spectrum of roofing and waterproofing, having installed nearly every kind of system from the purely functional to assemblies that are highly visible and aesthetically pleasing.  Commercial Roofing is highly involved with ‘Sustainability Initiatives,’ and through their partnerships with a strategic alliance of a family of companies, provides a multitude of technologically advanced clean energy systems and efficient products to reduce carbon footprints, solar reflective specialty coatings, shingles, membranes and selective metal roofing products as well as Solar PV energy systems.