Aston Kaanapali Shores is a beachfront resort with a roof deck area of approximately 604 field squares that needed to be re-roofed. The scope of work included a total tear off of the existing coated built-up roofing system, insulation layers all the existing roof accessories including the roof vents that all had to be replaced with smaller more energy efficient vents. A new Sika Sarnafil PVC membrane roof was installed along with the flashings, walk pads, sealant and roof accessories.

Temporary safety railings were constructed and attached to the roof edges around the entire perimeter of the building. Fall restraint was in place and compliance with Johnson Controls safety specs were adhered to. Johnson Controls was very stringent in the daily execution and safety audits were conducted on a regular basis. Controlled access zones were in place and OSHA compliant.

The scope of work included the total demolition and disposal of the existing roof system including all roof hatches, edge scuppers, damaged drains bowls, edge metal assemblies, vent assemblies pipe/conduit support blocks, existing exhaust fans and related flashings and 54 pitch pockets. All roof-mounted mechanical equipment had to be temporarily disconnected, relocated and raised. Any roof penetrations that were not possible to remove and reinstall had to be brought to the GC’s attention. The new roof installed included the total installation of the Sarnafil PVC membrane, primed cover board, insulation system, preliminary roof sheet membrane, flashings, walk pads, sealants and related roof accessories.

As an upper scale resort in Lahaina, the Kaanapali Shores required the crew to work as seamlessly and invisibly as possible to not affect the daily operations and ambiance of the resort. Extremely cramped staging areas were identified by Johnson Controls to work out of for 8-9 months of this ongoing project. Only two loading areas from two parking lots were allowed for loading/unloading the rooftop via crane. As the crane was only able to access the rooftops from certain staging areas, creative transport measures were incorporated on the roof deck for efficiency and safety.

In completion, this roof system complied with the Hawaii Energy Code and the membrane system installed was a green EnergyStar rated system. 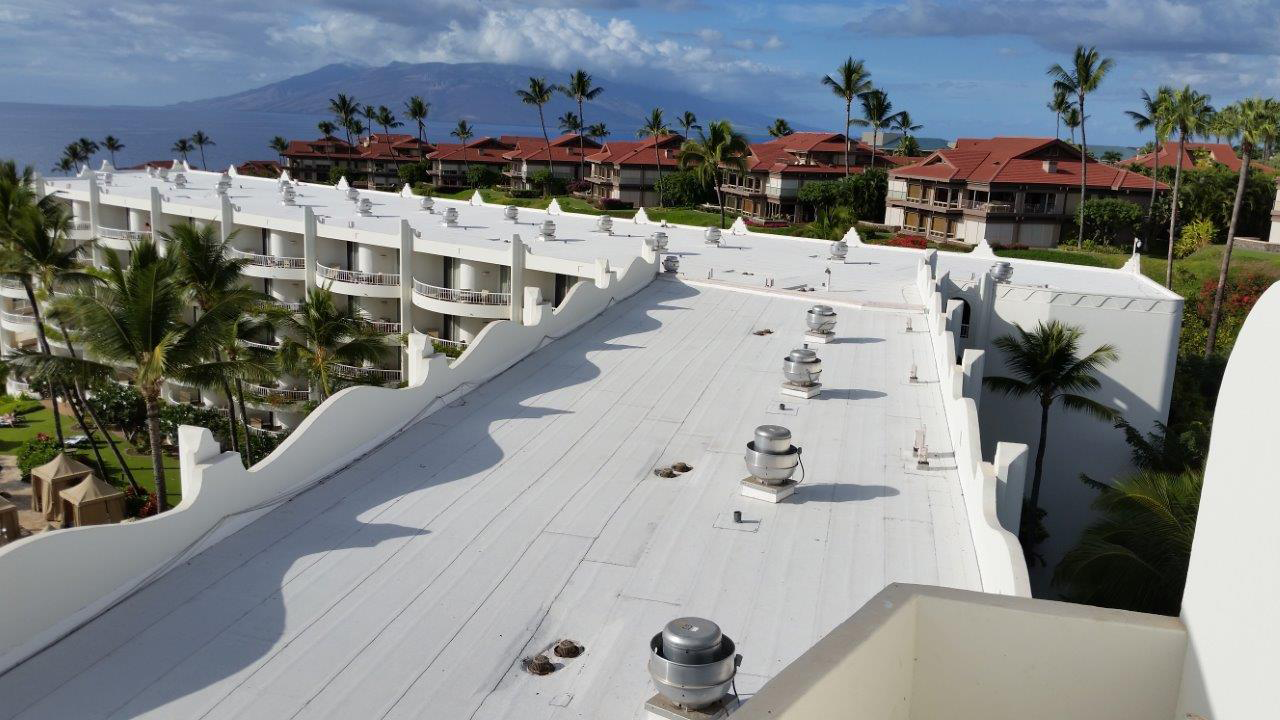 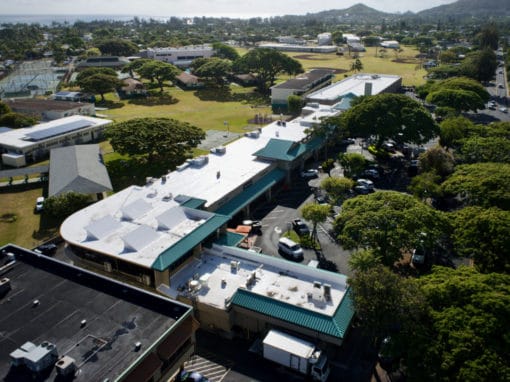 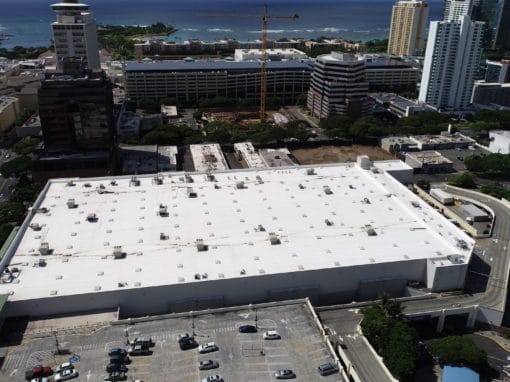 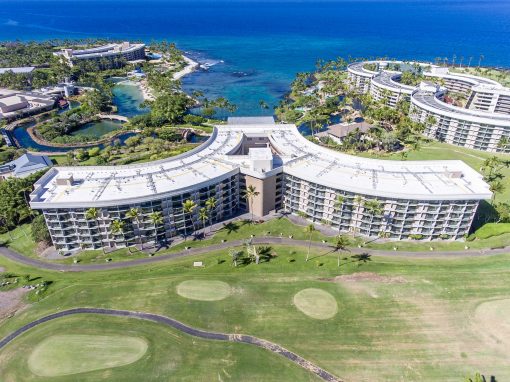 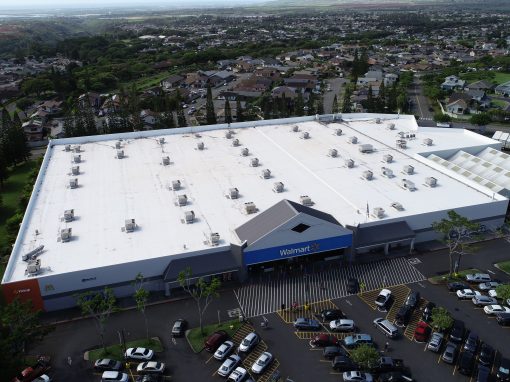 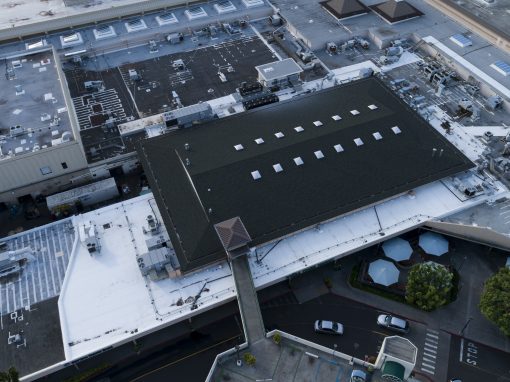 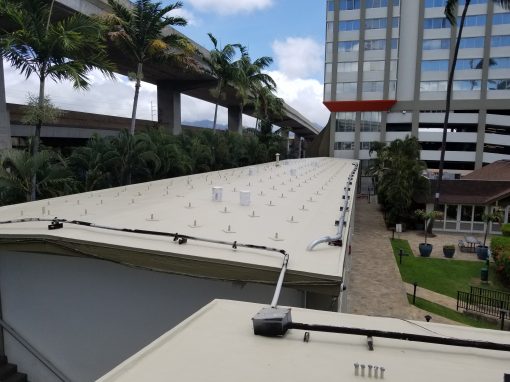 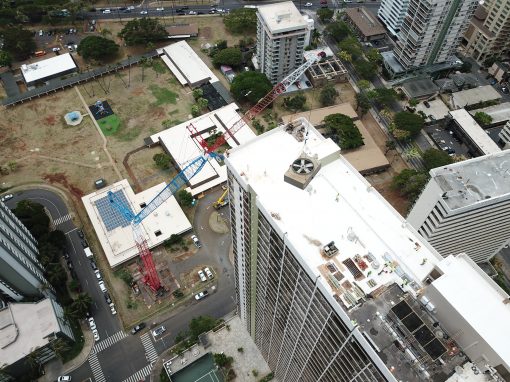 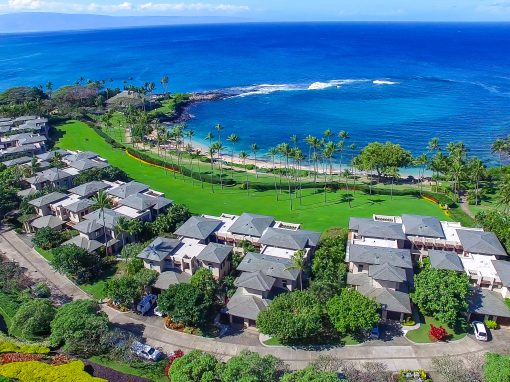 The Coconut Grove at Kapalua Bay 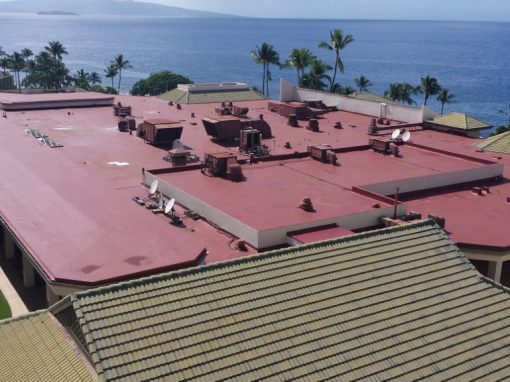 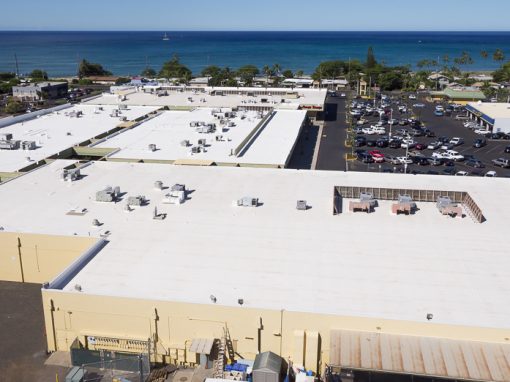 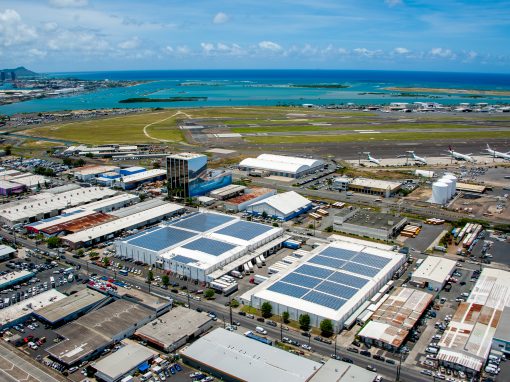 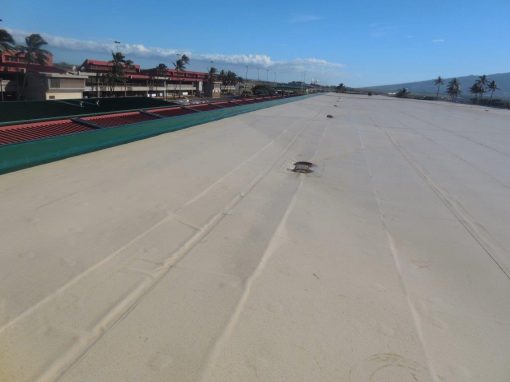 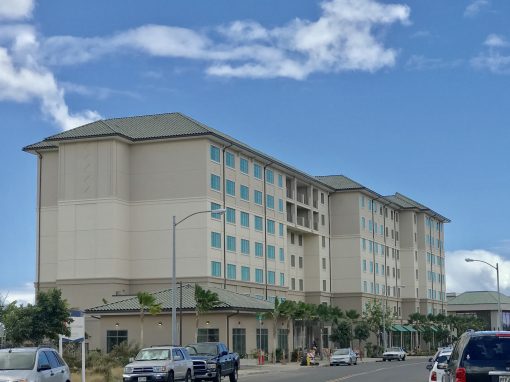 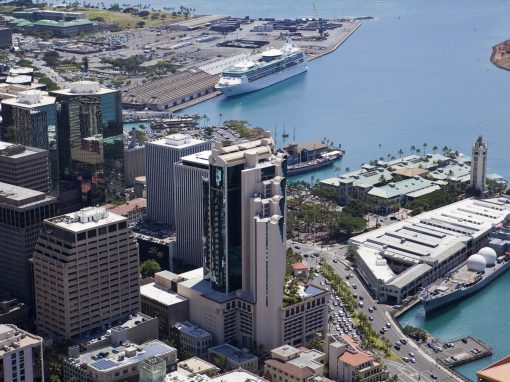 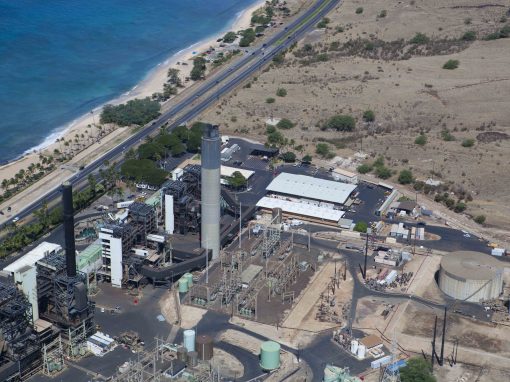 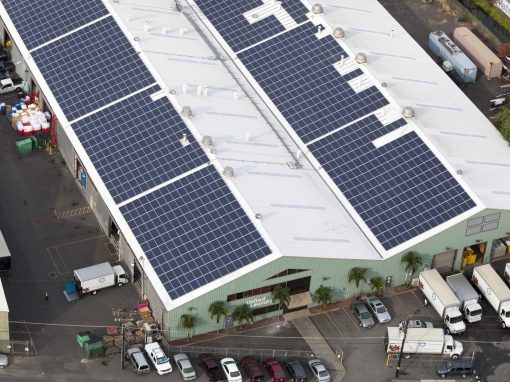 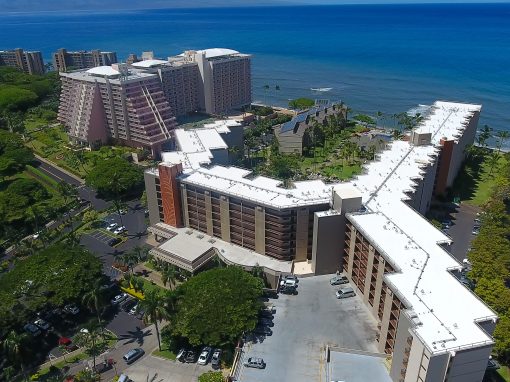 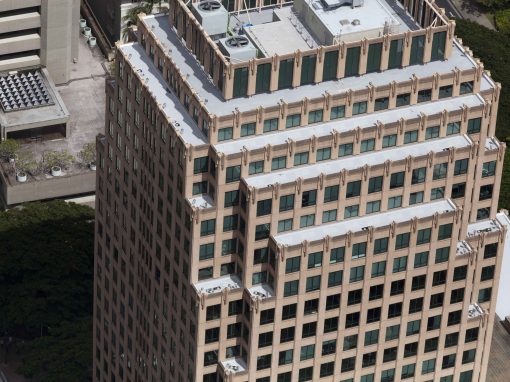 Commercial Roofing & Waterproofing remains one of the largest roofing contractors in the state of Hawaii, servicing all islands since 1993. Our clients span the commercial, industrial, retail, hotels & resorts, education, utility, government & HOA sectors. Our team takes pride in over 25 years of delivering professionalism with a personal touch!